The Texture Set Editor expands the Texture Settings further and offers additional options to set up your model. With the inclusion of Multiple Texture Set support in Mixer, this Editor will assist you greatly in setting up your Udims or Materials based Custom Model quickly and efficiently.

You can access the Texture Set Editor through the Window’s drop-down menu.

It can also be accessed through the Setup tab when you start a new project or open a mix to help you get started quickly. 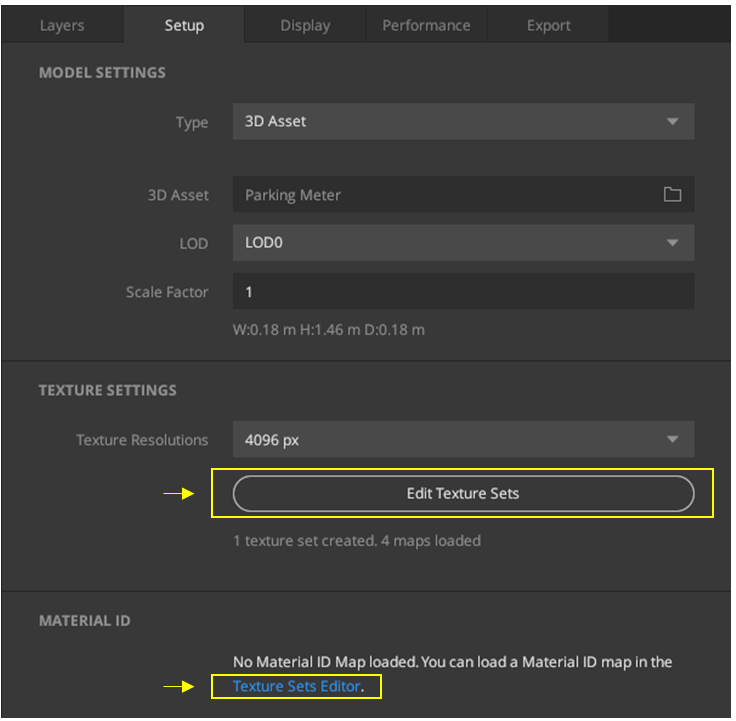 The Editor is split into two parts. 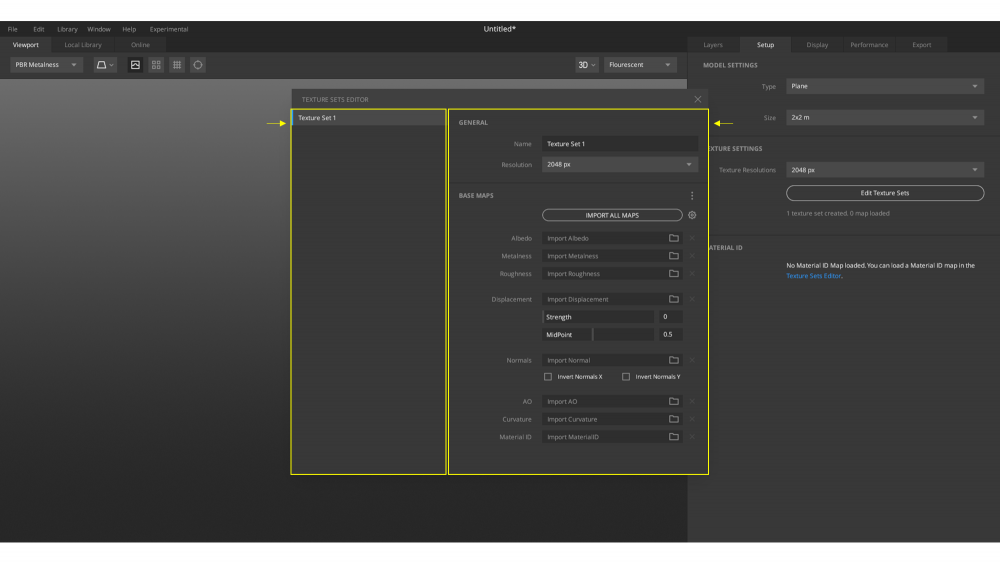 The left side is used for Texture Sets and handles the number of sets based on UDIMs or Materials. In the case of a single texture set, only one set is shown by default.

!In case a model has Multiple Texture Sets, but ‘single’ was selected from the ‘Texture Sets’ drop down, only the first material available in the models’ list will be visible in Mixer.

For models with multiple texture sets, Mixer helps you import and set up models based on two workflows, i.e., UDIM or material-based.

If a Material workflow is selected, the Editor will populate the material names. In the example below, you’ll notice that ‘Materials’ is selected from the drop-down menu, and it is populating a list based on how they were set up in the modeling DCC. In the image below, Crunch (available in sample mixes) has been loaded to highlight how the Editor will update itself to reflect the composition of the model. 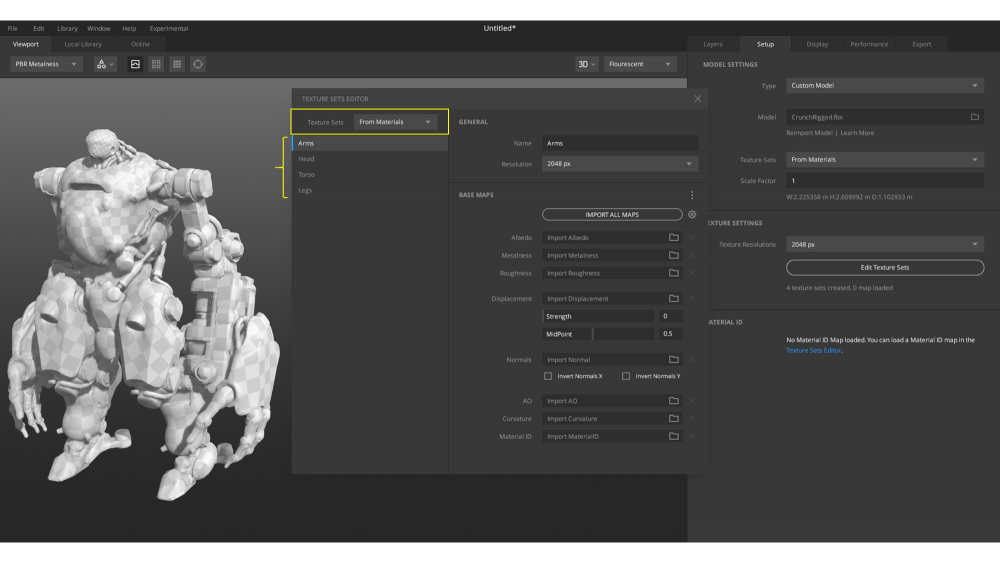 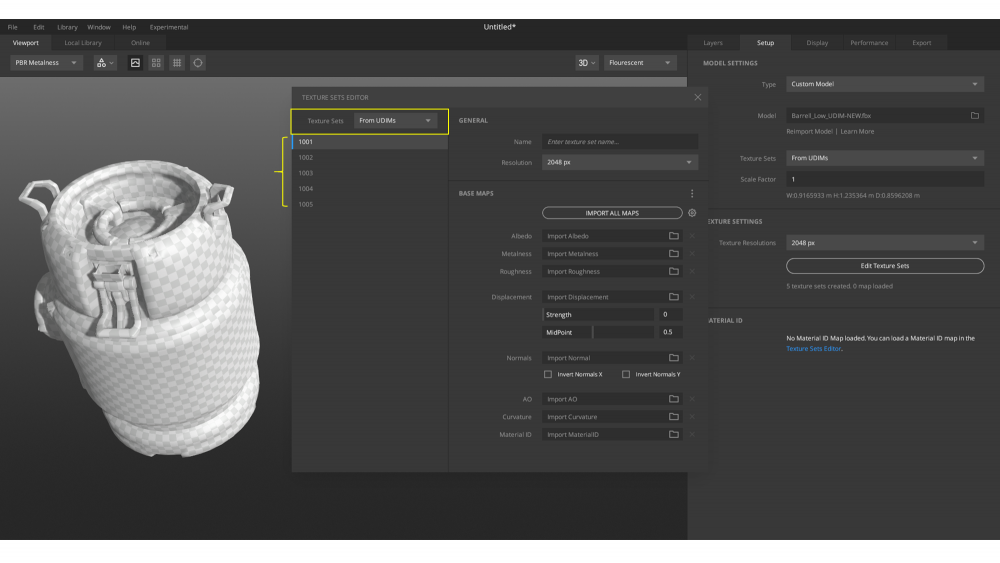 The right side or ‘General’ settings contextualize the Texture Set selected from the left and can be used to rename the texture set, set the working resolution, and load base maps manually or automatically into the corresponding slots.

For models with a couple of texture sets, a Load All Maps function has been added to assist in auto-populating base maps for each set instead of spending time to do so manually. To elaborate further, if you have five texture sets, each containing 5 maps, a total of 25 maps will have to be imported manually, which may be tedious and time-consuming. However, by naming your maps with the proper suffix or prefix and configuring the Auto Load Map Names, you can load your maps with a single click.

*To import baked maps for all Texture Sets, select all with shift-click and then use the ‘Import All Maps’ button.

To assist you in customizing the affixes, the settings icon

next to the Load All Maps button can show the default terms already in place and is editable for you to add new ones.

Once the affixes within the map names are confirmed, use the “Load All Maps” button to navigate to the folder containing the maps baked in an external DCC to begin the import process. Once completed successfully, each map type is loaded to its corresponding slot.

*The vertical ellipsis on the top right of the Texture Set Editor can be used to Reimport All or Clear All maps. 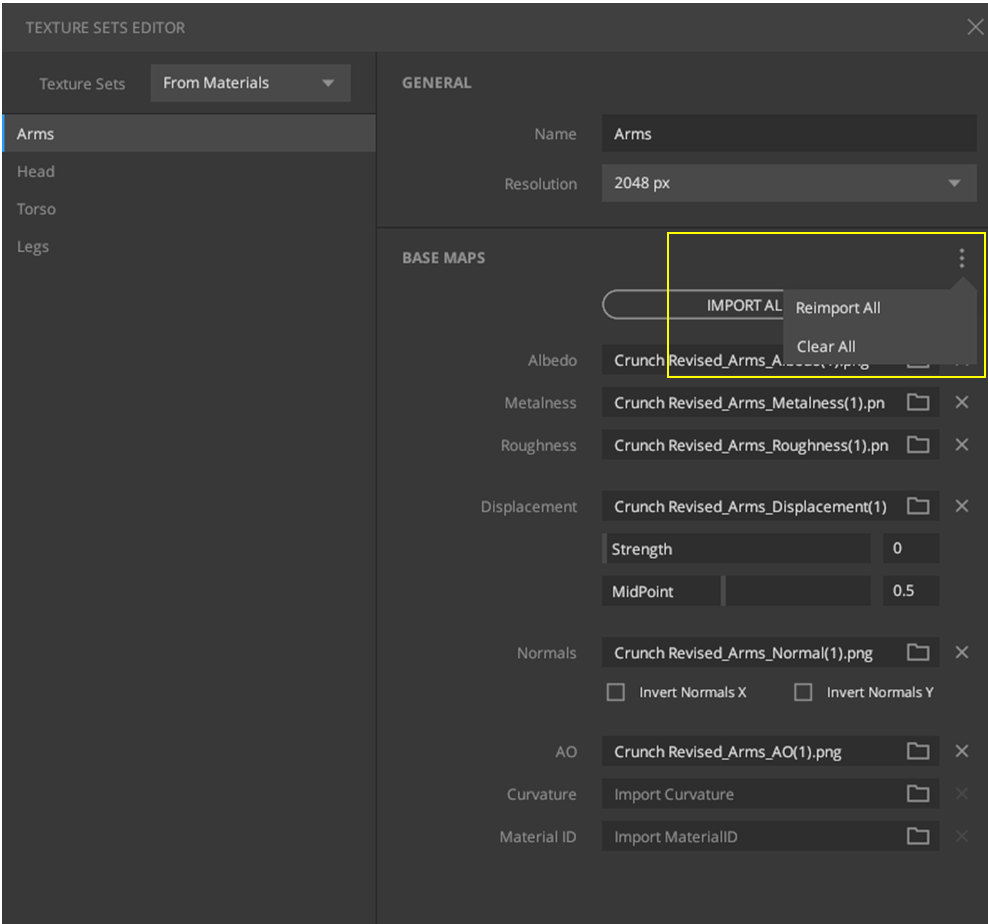 Before the inclusion of Multiple Texture Set support in Mixer, baked maps were added to a Base Layer that existed within the layer stack. The Base Layer has now been replaced by Base Maps that you can add through the Texture Sets Editor. 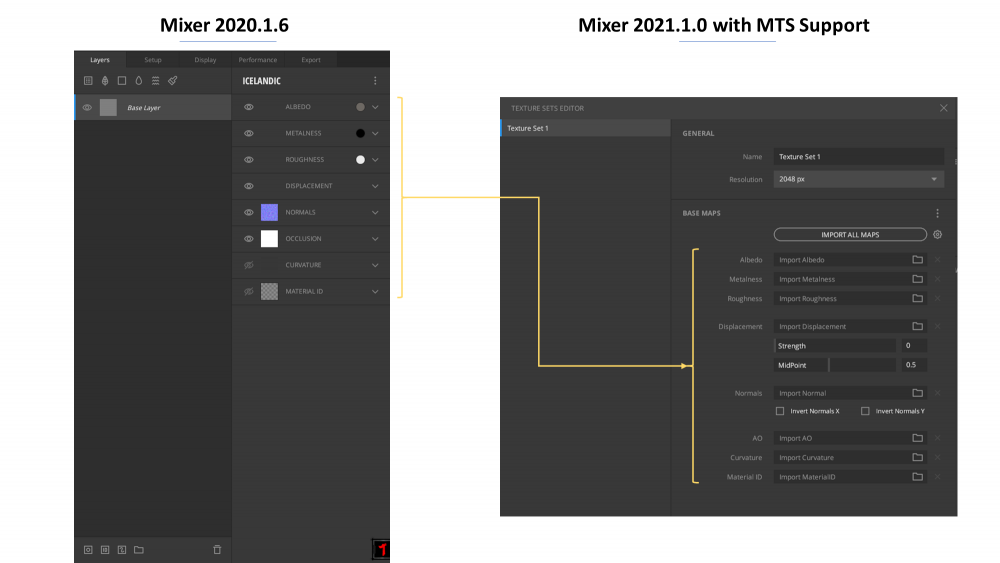